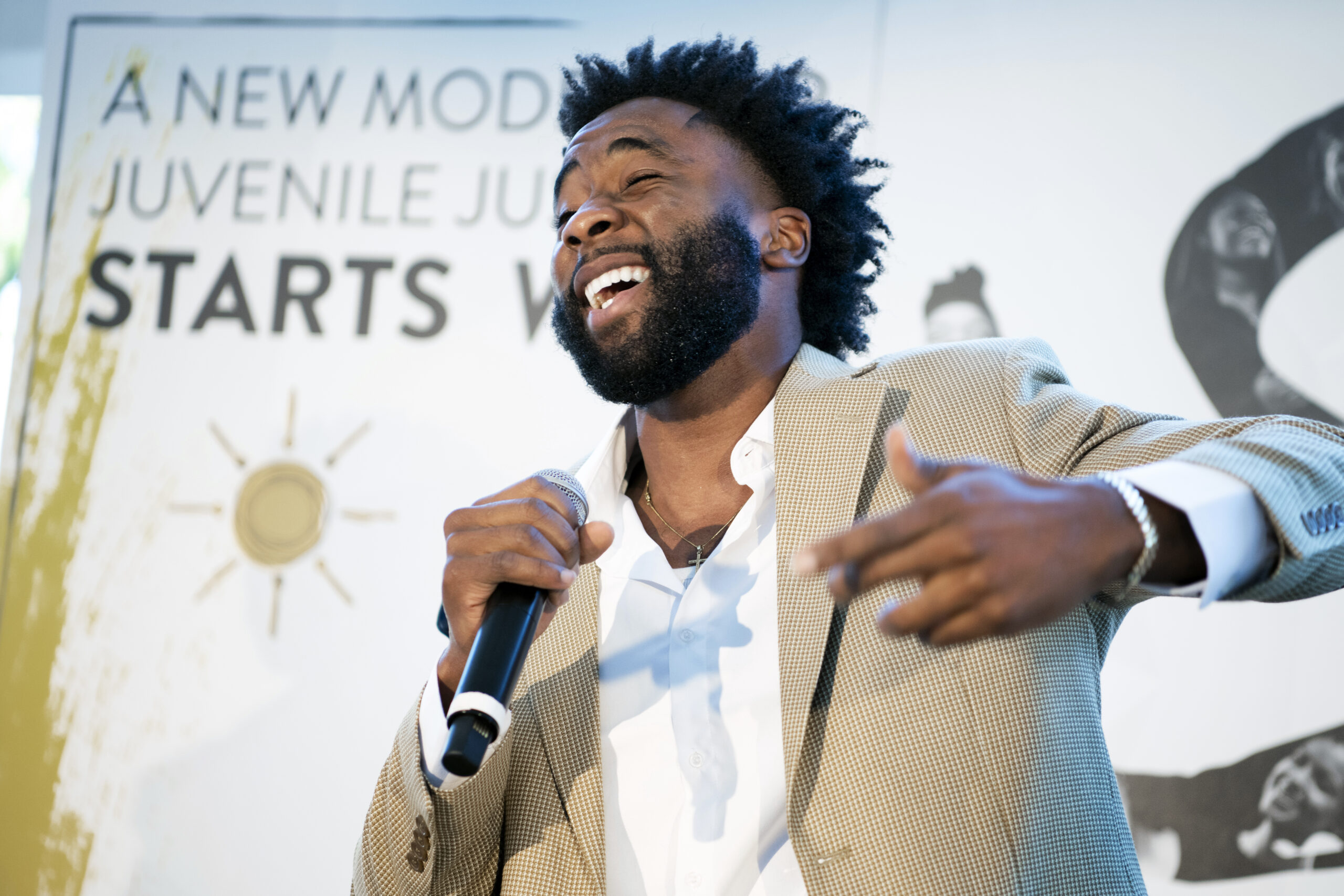 While the country prepared to watch the Super Bowl, Café Momentum prepared for another exciting event.

An award-winning nonprofit restaurant that provides 12-month paid internships and life-changing support to young people exiting the juvenile justice system, Café Momentum teamed up with the Players Coalition and Stand Together Foundation to provide a four-course meal prepared and served by L.A. justice system-involved youth for athletes and criminal justice reform advocates.

The goal: to build momentum to create change around juvenile justice reform.

Café Momentum partnered with the Anti-Recidivism Coalition, which works to end mass incarceration in California and to empower formerly and currently incarcerated people to thrive, to give these local youth the opportunity to experience the transformative Café Momentum model.

Throughout the evening—emceed by former NFL linebacker and Stand Together Ambassador Dhani Jones—guests witnessed how the right care and support can empower justice-involved youth to become contributing members of society. Shaun Alexander delivered remarks along with Momentum Ambassadors, and leaders from Café Momentum and Stand Together Foundation.

“These young people should not be defined by their worst mistakes. We’re committed to providing them with support and opportunities to realize their full potential,” said Chad Houser, founder and CEO of Café Momentum and M.A.C. “In supporting Café Momentum here at the Super Bowl, professional athletes are helping us show these youth that they matter. With committed partners like the Players Coalition and Stand Together Foundation, we are transforming lives and the way we think about juvenile justice in our country.”

This dinner is the latest collaboration between Café Momentum, Players Coalition, and Stand Together Foundation. The partners have hosted previous events with NFL athletes, including a pop-up dinner in Miami for Super Bowl LIV.

“Café Momentum shows what is possible when you put the right system of support around young people who have made mistakes early in life and believe in their potential,” said NFL Legend, Stand Together Ambassador, and Players Coalition Member Shaun Alexander. “The NFL Family and Players Coalition have also embraced this transformational organization and we thank the Stand Together Foundation for how they are helping Café Momentum expand their important work across the country.”