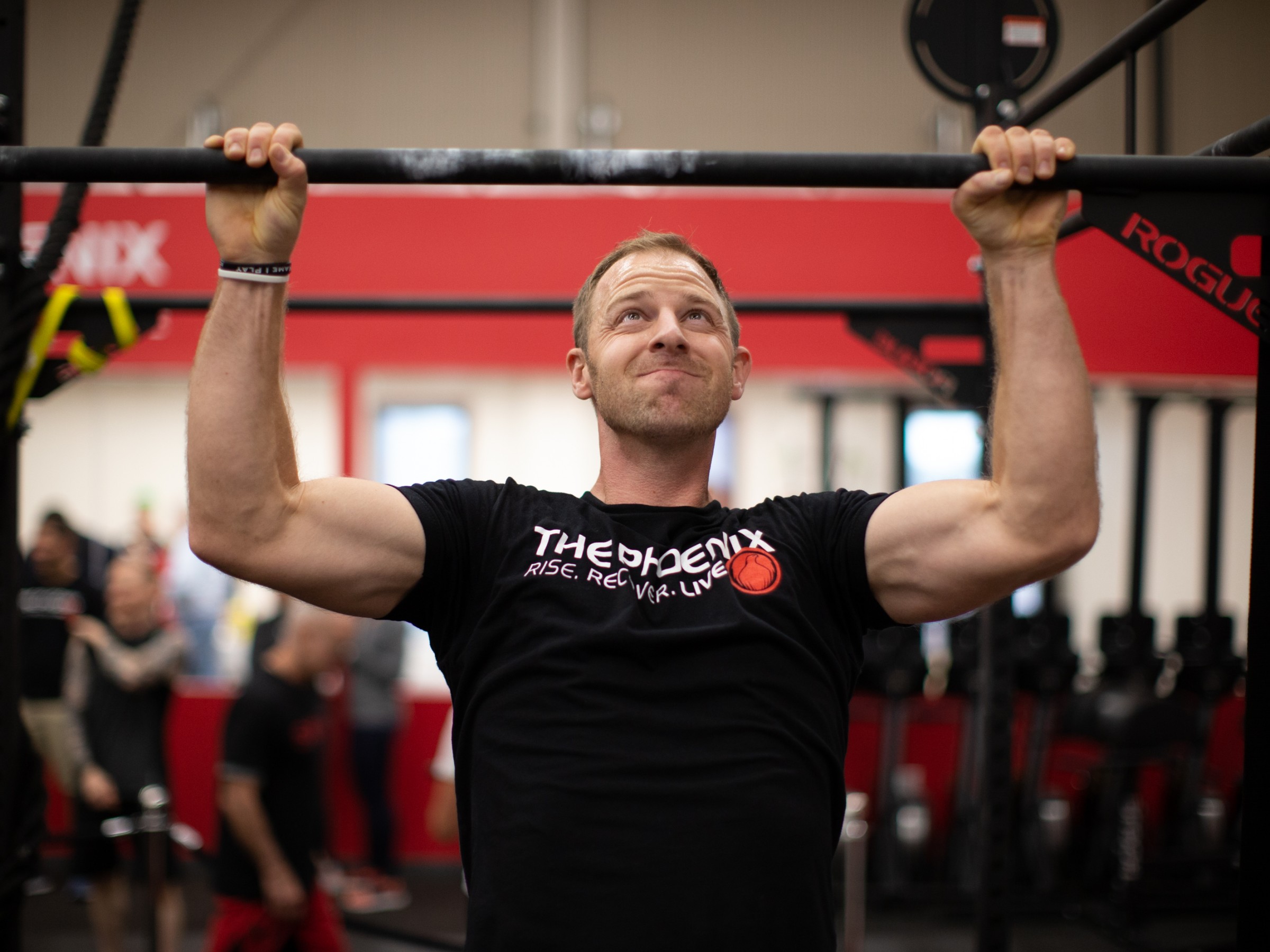 Fortunately, one nonprofit has discovered a transformative approach

“It’s not about who we were in our addiction. It’s about who we are in our recovery,” said one participant in The Phoenix, a sober fitness community for people recovering from alcohol and substance abuse.

Using community fitness, every instructor at The Phoenix is in recovery as well, which helps dissolve the shame that prevents many people from seeking help. In fact, the community’s founder, Scott Strode, once struggled with his own addiction. But he discovered physical fitness had a healing effect, and he transformed his life.

It’s hard to argue with The Phoenix’s results: 8-in-10 active members remain sober, making the program more than twice as effective as the best treatment centers in America.

Battling addiction is a difficult mountain to climb on your own. And when accounting for the stigma people experience while living with it, the situation can feel nearly impossible to escape. The Phoenix helps its participants by giving them a healthy outlet to replace their destructive behaviors and a community to give them the support they need to keep persevering.

In its first ten years, Scott expanded The Phoenix to seven cities, serving over 26,000 people. After two years of partnering with the Stand Together community, The Phoenix has quadrupled in size to 28 locations, including a new flagship gym on Boston’s “Methadone Mile,” an area that has become a symbol for our country’s opioid crisis.

And The Phoenix is not alone. Over the last three and a half years, our community has invested $100 million in support of 141 local groups that are helping people overcome poverty and addiction.”