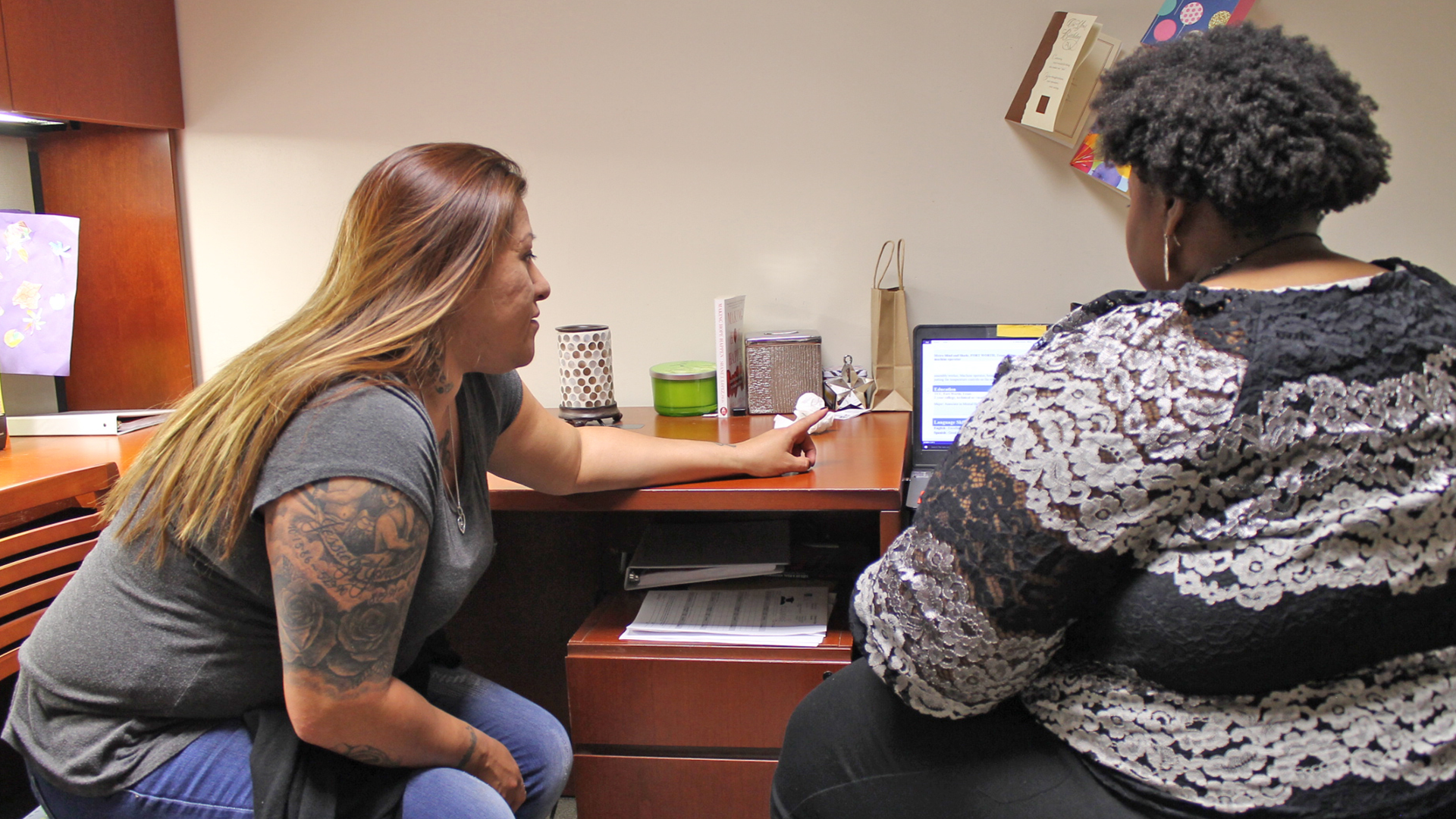 Help just in time from #GiveTogetherNow

It’s safe to say that not many people’s career aspirations start with an ultrasound image of a pregnant goat, but Sierra Browning’s did. When she was a high school junior, Sierra dropped by the animal hospital to say hello to her grandfather, who was a veterinarian in Albany, Texas. He let her sit in on an ultrasound exam of an expectant goat.

Sierra was fascinated. “I decided right then that I wanted to be an ultrasound technician,” she says. “The only difference was, I wanted to work with humans.”

That plan almost got derailed by COVID-19. Sierra was in her final semester of a two-year ultrasound program, financed by a scholarship from Catholic Charities Fort Worth, when the pandemic closed down the gym where she worked part-time. At the same time, Sierra’s aunt, with whom she was living, lost her job as a flight attendant.

“With both of us suddenly unemployed, we couldn’t cover the rent, and our landlord wouldn’t budge,” Sierra says. “We were in a panic.”

Then she heard about #GiveTogetherNow, a campaign led by Stand Together and the Family Independence Initiative to get quick cash assistance of families most affected by the pandemic. She applied through Catholic Charities, receiving a cash payment in April, “just a couple of days before the rent was due,” she said. “The timing was a godsend. I can’t thank #GiveTogetherNow enough.” The money, she adds, “let me stay in school and concentrate on my studies, at an incredibly difficult and distracting moment.”

A member of Stand Together Foundation’s Catalyst Network, Catholic Charities Fort Worth helped connect 100 residents who were most affected by COVID-19 to #GiveTogetherNow.

Sierra was familiar with the organization through its innovative Rural Vocation program. Launched in 2015, the scholarship fund currently covers tuition for 338 students on eight Texas campuses, including Sierra’s alma mater, Weatherford College.

Beyond financial support, Rural Vocations sponsors study groups and one-on-one mentors to provide advice and guidance. The aim is to ensure that students have the resources they need to stay in school, and then to prepare them for the workforce with counseling in topics like budgeting and time management.

Having graduated in May, Sierra credits #GiveTogetherNow with helping her complete her education. Assistance kind she received through the final stretch at Weatherford “really do matter,” she says. “This was such a huge help. I’ll always remember it.” Sierra starts her new job as an ultrasound technician at John Peter Smith Hospital in Fort Worth in August.