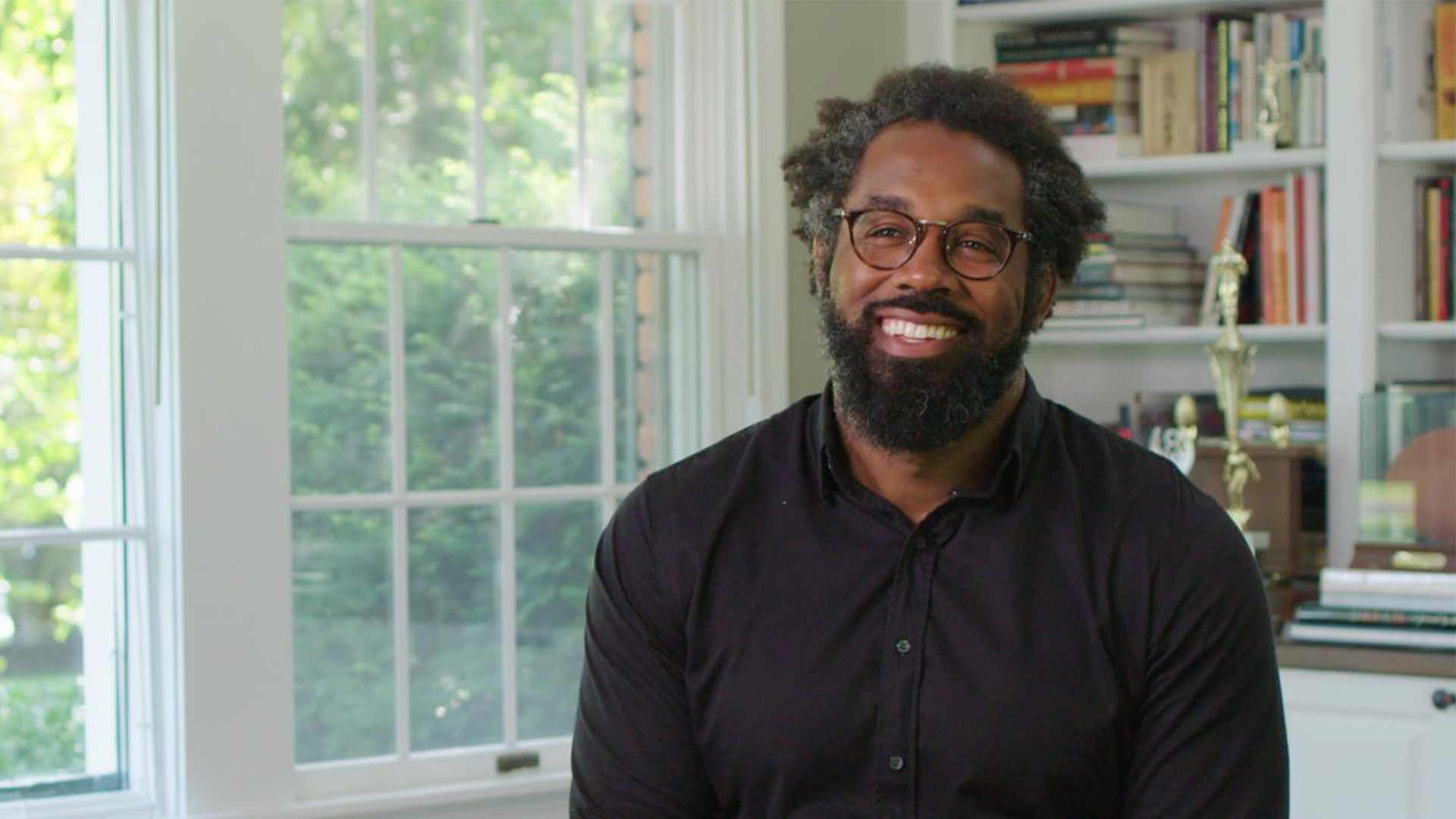 An entrepreneur, TV host, and former NFL linebacker, Dhani Jones hasn’t followed a standard career path. For him, each move has been more surprising, and successful, than the last — and there’s a pattern. Dhani’s chief mission — to find out what makes people tick and build a community along the way — helps chart his path.

That made Dhani the perfect host for Stand Together LIVE, a series of conversations, hosted on Stand Together’s Instagram, that brought together some of the world’s top performers and public figures. Each episode raised awareness and funds for #GiveTogetherNow, a campaign led by Stand Together and the Family Independence Initiative for families affected by the COVID-19 pandemic. The campaign recently surpassed $100 million in donations.

In this interview, Dhani explains the root of his curiosity, reveals some of his favorite moments from Stand Together LIVE, and shares advice for finding common ground as a nation.

Q: You have a fascinating career trajectory. What are a few important moments or factors that shaped your path?

First of all, my life has been blanketed by curiosity, fostered by my education as a very young child in the Montessori system, which encourages you to ask as many questions as possible.

I also remember that in my first year at the University of Michigan, my coach Lloyd Carr told me, “The University of Michigan is going to be here long after you. And it’s been here long before you. You have to make a decision whether you want to be a part of our community.” And what I quickly learned from Coach Carr is that it’s not about you, it’s about something greater than yourself.

Later, when I got to the NFL after playing at Michigan for four years, Michael Strahan always told me that it’s important to say “please” and “thank you,” and to shake hands. He always said to meet the people along the road. And so whether it was in New York or Philly or Cincinnati, the people that I met became a part of my community as I moved forward in life.

Q: What were your goals for hosting Stand Together LIVE?

The main goal was to really identify the unique characteristics of the person I was interviewing. Another piece was to understand how they were helping others, and how they create win-win scenarios. And lastly, the question was, “How do you build community out of it?” Every conversation we had was wrapped up in those notions so that everybody watching could identify their own unique qualities, how they can create win-win scenarios, and how they, too, can bring their community together. That’s important to realize, especially right now, because you don’t know if your next-door neighbor, or somebody across the street, or someone down the road might be going through something.

And while that was happening, at the same time there were individuals that were financially affected that realized they had hope with #GiveTogetherNow. And there were also people that were able to contribute to the campaign, or those who couldn’t afford to give money that realized they could give an act of kindness in order to unlock funds for a family. So at the intersection of the discussion and those three basic pillars, people start to realize not only how important they are, but how important everybody is.

Q: Why was it important to facilitate conversations with people from such diverse backgrounds and experiences?

There are so many people sitting at home wanting to find moments of inspiration, and they want to have a discussion with someone. So, with Stand Together LIVE, my job was to think about the questions that might help facilitate that discussion. And, ultimately, out of that, people found comfort. They were able to find something to identify with and realize that we weren’t all sitting in rooms by ourselves, but we were ultimately all sitting in the room together.

Q: What makes you so good at connecting with people?

I really want to know things for my own sake, but also for others to hear. It upsets me when someone has a question and they’re unable to get it out. So I say, “Write it on a piece of paper, whisper in my ear, tell me, and I’ll go ask it for you.”

I don’t ask half the questions I ask for me — I’m asking the questions for the person that might be a little more tight-lipped or more reserved. Because then it helps me, and it helps them too. So that’s where I find myself, acting as a conduit so that we can all learn more. Because if we’re not learning, we’re not living.

I think there’s a sports component to it as well. As a middle linebacker I had to deal with personalities on both the defensive line and in the backfield — because everybody’s got an ego — and then I had to communicate with the defensive coordinator and the head coach to make sure everybody was on the same page.

Q: What are some of your favorite moments from the Stand Together LIVE series?

There was a great conversation with DJ D-Nice, and we had one interview and then all of a sudden he turned around and wanted to interview me, so we did a second episode together. That was pretty cool to have to have him on a couple of times. And he talked about his story, how he started playing music during COVID. At first maybe there were like 50 people watching. And then a week later there were 50,000 people. So, when you’re able to realize something that you have that other people want, and you’re able to give it to them, there’s a special moment.

The conversation I had with Daymond John (the investor and CEO of FUBU) was powerful, when he shared a personal story he’d never told before. That was pretty strong, to display that level of vulnerability, not only as a successful entrepreneur, but also as an African-American man — we don’t get sensitive.

And also when Pati Jinich went into her kitchen for a cooking demonstration — “letting us into her house” versus dealing with the virtual wall. Those moments of vulnerability stood out and gave me an overwhelming feeling of gratitude for the people I spoke with.

Q: In your opinion, what are some of the most urgent issues we face as a country? How do we start to address them?

There are so many, I can’t even list them all out. I think that we may not all agree on everything, but I would argue that it’s only 10 percent that sets us apart. If you can get through a two-hour conversation with someone, you’ll likely agree on 90 percent. I don’t mind being in an uncomfortable situation and trying to find unique, common ground that we can stand on.

There was a town hall meeting that former president Barack Obama led. At the end of the meeting, he basically said that communicating and facilitating discussions is important, but the follow-up is necessary.

So I think that you should be able to stand up and speak on what you believe in, and you should also be able to disagree. If you’re disagreeing, that means you’ve come to the place where you actually have to start talking and thinking. Most people just start yelling and don’t put pen to paper to actually understand what the disagreement is ultimately all about. In order to reach an understanding, you need to have that follow-up, even if it might take several weeks to figure it out.

I’m an optimist, but I also understand reality. The reality is really, really tough. It is burdensome for all who have truly opened their eyes to where we are as a society. And the optimism is kind of like a B-12 shot. It’s like, “Woo, here we go! I can get through, I can wake up, let’s go.” You need that type of energy and motivation.

Q: What advice would you give to someone who wants to improve the world around them but feels overwhelmed about where to begin?

You have to decide whether you’re a talker, a critic, or a doer. And I would encourage people to be bold and to be doers, to take a chance and realize their unique qualities that could help others.

If you’re scared of doing, find another doer. Step out of that critic line and step out of the talker line. It’s not easy, but I think it’s an innate quality that we all have.

Photo caption: Dhani Jones speaks with Randy Jackson on an episode of Stand Together LIVE.