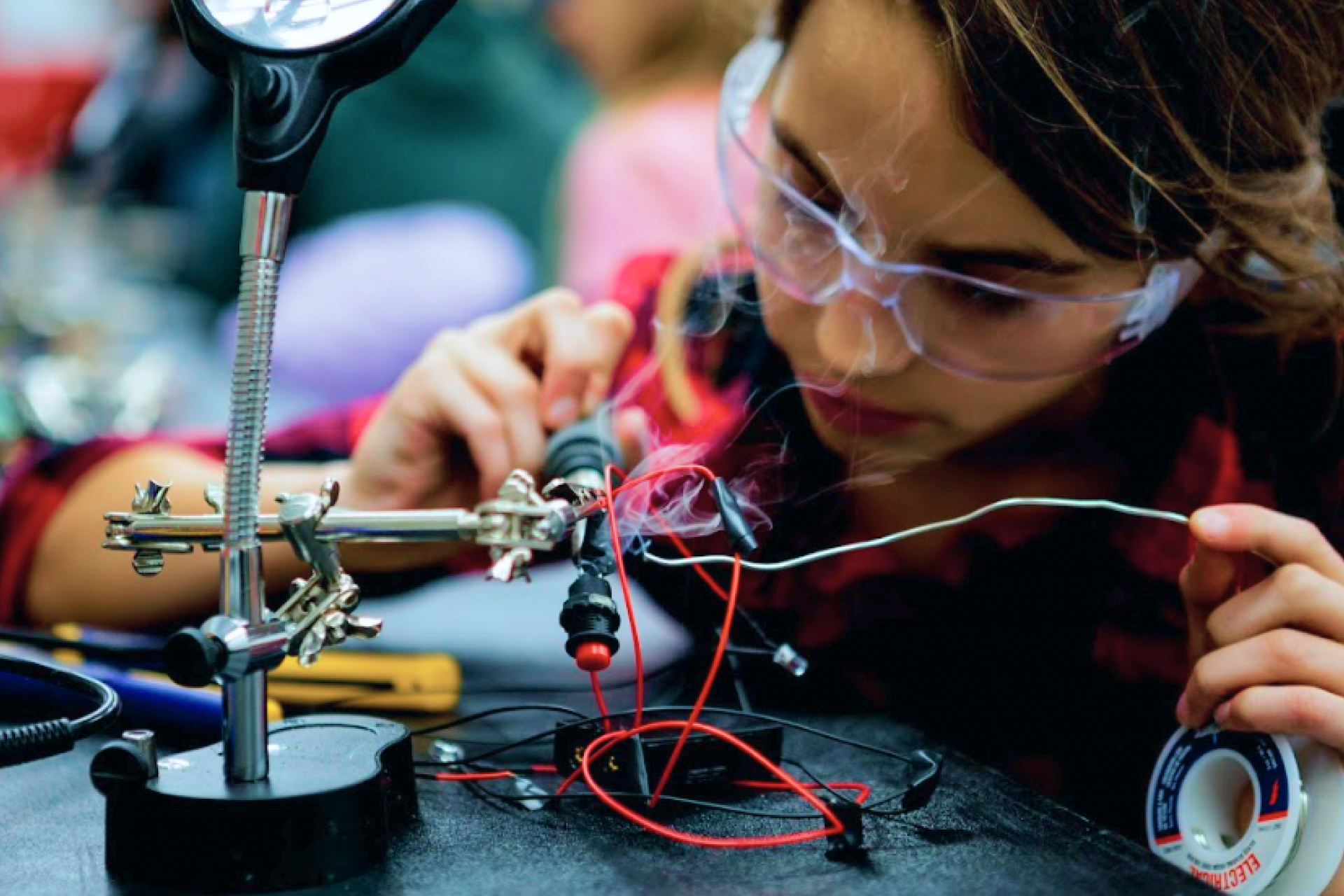 The minds that have helped push humanity forward are finally getting the broader recognition they deserve, after years of being left out of the history books.

Such inspirational women include trailblazers like Katherine Johnson, a West Virginia native whose mathematical acumen proved crucial to NASA’s manned missions, surmounting not only gender but race to play a key role in the exploration of space. Or Rosalind Franklin, whose microbiology work helped unlock mysteries behind DNA, RNA, and viruses. Or Ada Lovelace, who wrote the first computer program in 1843, her work going on to help build the world of machines we see today.

That was only possible because Lovelace, at her mother’s insistence, was allowed to learn math just as her mother did — to find a purpose beyond domesticity and apply her unique mind to her interests.

Over 150 years after Lovelace’s brilliant insight, girls in New Orleans are getting their own chance to follow their passions and discover their own abilities in STEM — science, technology, engineering, and math. They are participating in Electric Girls, a program supported by Stand Together Trust, where they get to follow their scientific interests, use their gifts to create novel projects, and realize their potential.

The origin of Electric Girls

Researchers have found that boys are more encouraged to follow their interests when it comes to science, a benefit girls who have an interest in STEM don’t always have. This lack of early encouragement can contribute to impacts down the road:

“If the cure for cancer was in the mind of a girl, we may never find it,” Serna says.

Serna knows firsthand what being one of the only women in the room is like. While studying in the music industries program at Loyola University — one of the most male-dominated industries in tech, she says — she came to the realization that many young women don’t see a space for themselves  in them.

She decided to try and solve the problem herself.

After going through some prototype variations — that’s science, after all — Serna arrived at Electric Girls. Electric Girls teams up with schools to offer after-school activities and runs a two-week summer STEM camp.

Rather than the rigid curricula one might expect from a summer science camp, Electric Girls participants get to learn in a way more spiritually aligned with the field: by choosing and following their own interests, designing, building, and presenting their own creations.

Girls learn about electronics and robotics and how to solder and code. They present their projects, take questions, and own their learning.

“They’re figuring out what they love and what they want to do,” says Electric Girls programming director Bryoni Prentice. “I’m telling you, the things that they come up with — it’s just genius.”

It’s an approach that works for 7-year-old Elan. With a Katherine Johnson book on her shelf — she’ll show you the math — and a love for science that belies her years, Elan’s been with Electric Girls for two years — a period that has been full of non-stop learning, her mother Alanah attests.

“Electric Girls is better than school,” Elan says. “I feel like you get to move a little more freely.”

The ability to choose their own approach — a paradigm shift from traditional educational models — helps the girls discover what they are interested in. If they are provided the tools, the students will find their own special path to developing their unique gifts.

“Some individuals chose to solve some of their problems using chemistry,” Serna says. “Some through physics, depending on what they’re interested in, and what they’re talented in.”

Elan’s project combines the pioneering women of STEM with electronics and engineering. She brings a poster presentation about these figures to life by wrapping a conductive bracelet around her wrist. When she touches the poster, the circuit powers the recordings she made telling the story of each woman.

“You cannot have science without these women,” Elan says.

What Electric Girls can teach us about learning

After attending Electric Girls, 75% of students say they like science more, 90% feel confident enough in what they’ve learned to teach someone else, and every girl feels better about their tech skills.

“Because of the things that we’ve taught at Electric Girls, they change what their interests in careers are,” Prentis says. “They’ve gone on to do robotics. They’ve gone into computer science.”

The success of Electric Girls’ students, like Elan, shows what’s possible when students with interests and aptitudes in any subject are given individualized opportunities tailored to help them discover and cultivate their unique skills.

“We have the right to self-actualize,” Serna says — the ability to pursue passions and build careers that leverage their unique gifts. “And if there’s a barrier to that, there’s a way around that barrier.”