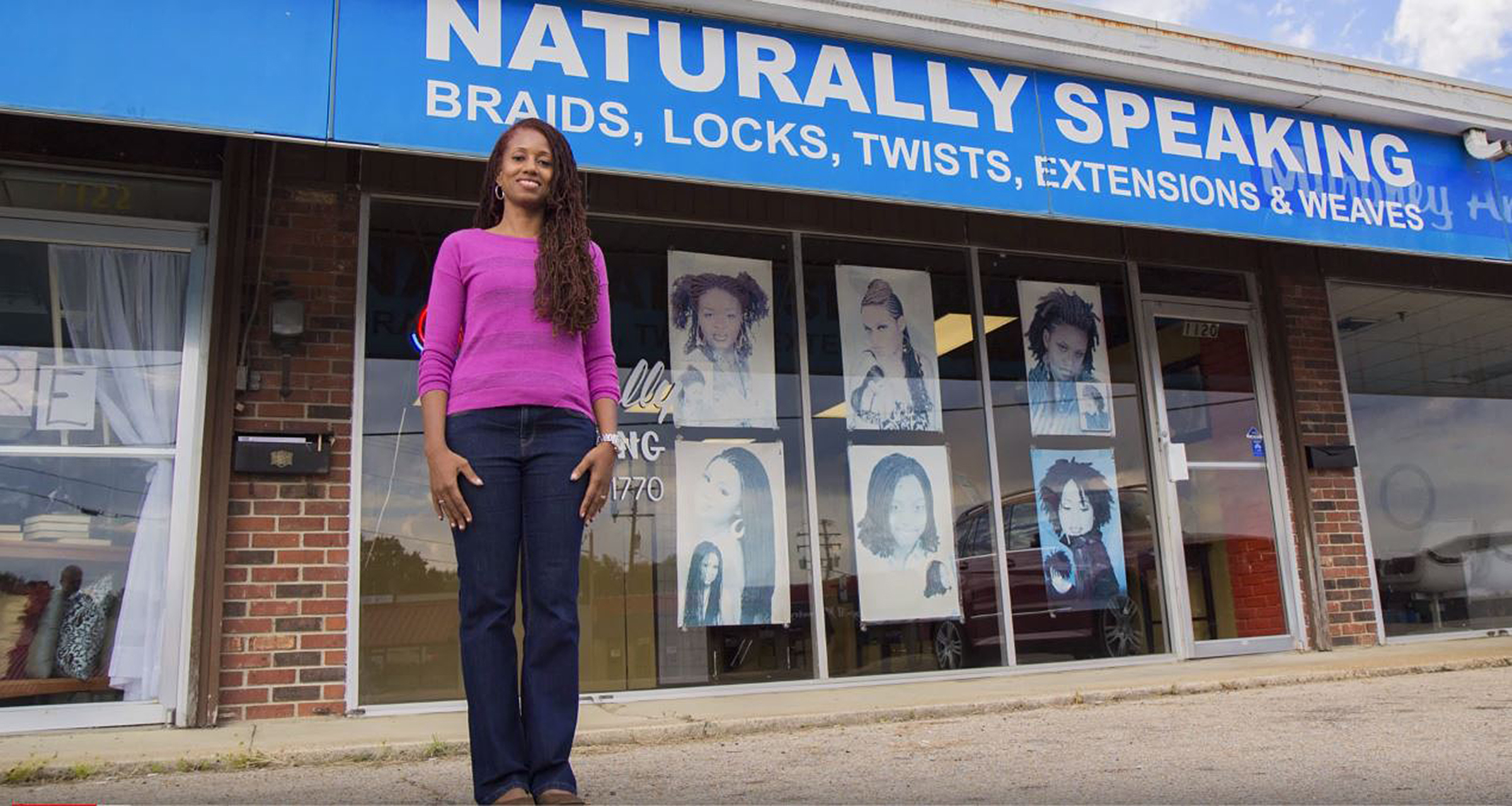 A brave entrepreneur’s fight to change an unjust law

Melony Armstrong, an entrepreneur and activist who faced the barrier of occupational licensing

Government-mandated licenses kept Melony and millions of people from getting jobs and starting businesses, hurting the least fortunate the most

Equip those blocked from a job to show the injustice, and unite with others to topple those barriers

Melony Armstrong just wanted to braid hair. But she couldn’t.

While Melony had learned the art of African hair-braiding from her mother, Mississippi blocked her from starting a hair-braiding business. She had to pay $10,000 and spend 18 months in school to get a cosmetology license. Melony couldn’t afford it. It would have been easier to become a firefighter or police officer.

This is the barrier of “occupational licensing” — government-mandated permission slips for huge numbers of jobs. It isn’t just Melony: 1-in-4 American jobs require a license, up from 1-in-20 a few decades ago. More than 33 million workers need government approval to work or run a business. Millions more can’t do either because they don’t have the money or time.

But Melony refused to accept the status quo. She spent seven years writing letters, filing lawsuits, and lobbying state legislators — and she finally won. Mississippi eliminated required fees and training for hair-braiders. The day after the new law was enacted, 400 people signed up to be hair-braiders across Mississippi.

“Anyone can spark a change if you believe in it enough.”

Melony had her victory — but she also saw that many more such barriers existed. She wanted to roll back occupational licensing for other industries, helping millions more people. That’s what led her to Stand Together partner, Americans for Prosperity.

We share Melony’s deep desire to empower people to pursue their passions and find economic opportunity. When we look at occupational licensing, we see a massive injustice — one that hurts the least fortunate the most. We also know from experience that the best way to end such injustices is to work with those affected to shine a light. We gladly partnered with Melony.

Melony worked with our grassroots and public policy partner, Americans for Prosperity, to achieve her goals:

Melony Armstrong wanted to make money braiding hair. The government told her no – an answer she wasn’t ready to accept.

The results have been incredible. Melony and Americans for Prosperity helped pass reforms to allow hair-braiding in 12 states and a total overhaul of occupational licensing in nine states — ensuring licenses serve a purpose and, if so, are as easy to get as possible. She has directly helped more than two million people break free from the barrier of occupational licensing.

People freed from occupational licensing thanks to Melony

“I feel even more empowered … and nothing’s going to stop me.”

Learn More: Explore our work with diverse partners to unleash economic opportunity for all.

Partner With Us: Tell us about your project and vision – and how we can help you accomplish even more.

Get Involved: Find out how you can help break down barriers to opportunity — and usher in a new era of progress.